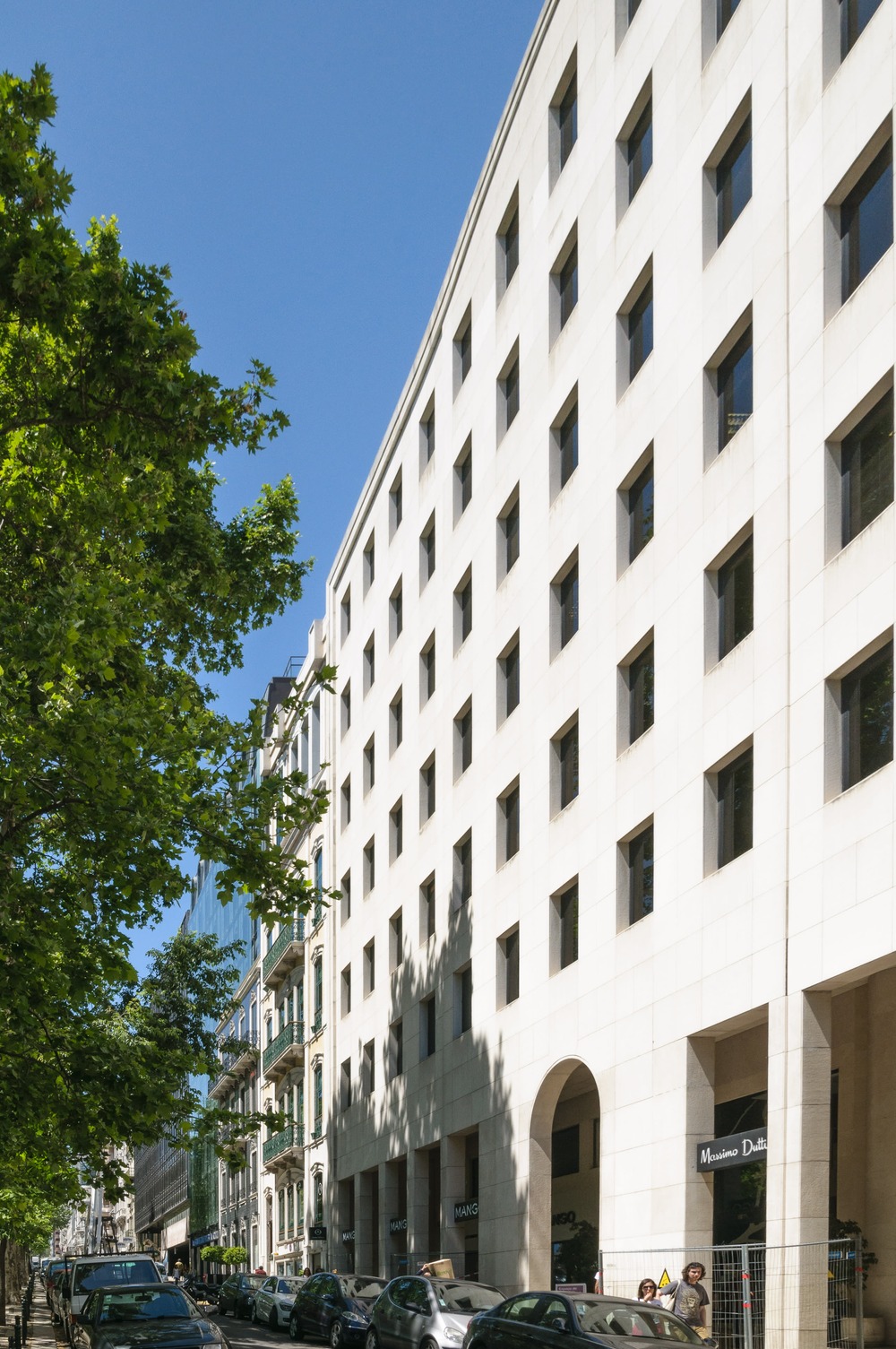 | Ref 54183 Modern workspace in a well-known districtRun your business at the heart of Lisbon’s leading upmarket business district. Our Avenida da Liberdade 110 workspace enjoys elegant surroundings on a renowned... 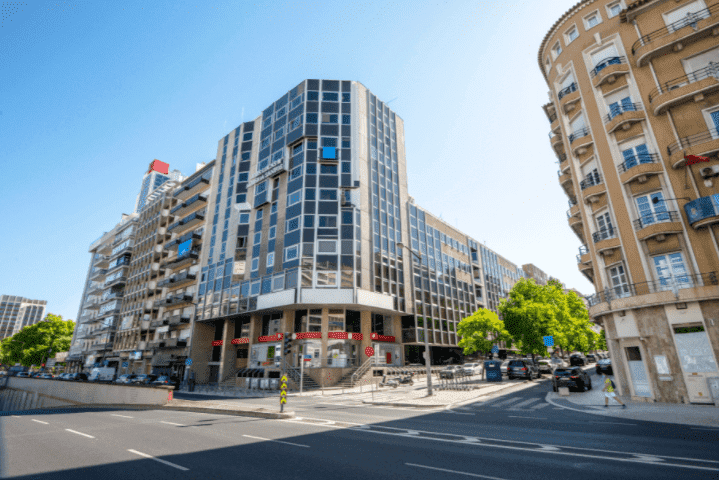 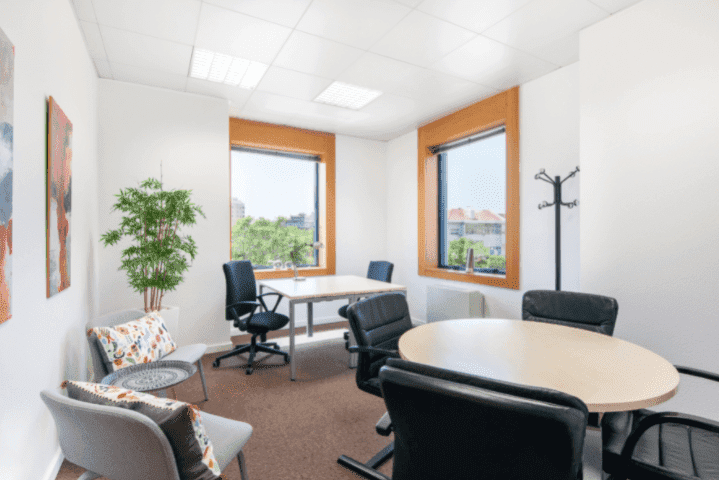 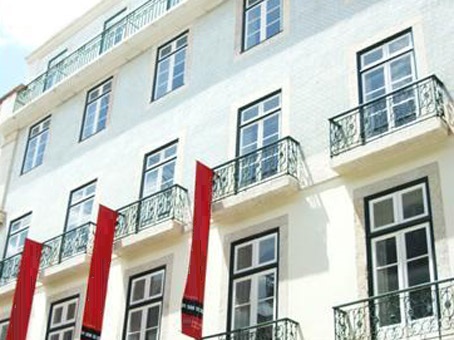 | Ref 17020 Lisbon Chiado is an unassuming building in the centre of the Portuguese capital. But while traditional architecture makes the office modest from the outside, its doors open to reveal a bustling hub of... 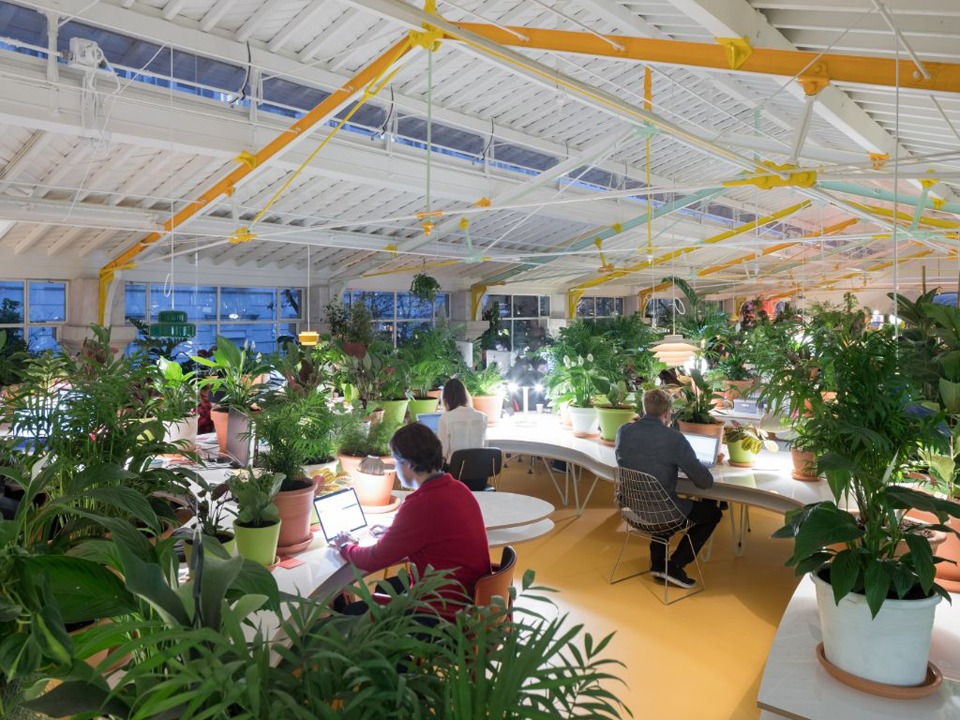 | Ref 30165 Light filled spaces in a 19th Century Market located in the heart of Mercado da Ribeira. An eclectic mix of past and future, Lisboa is co-working and community combined. Second Home Lisboa offers flex... 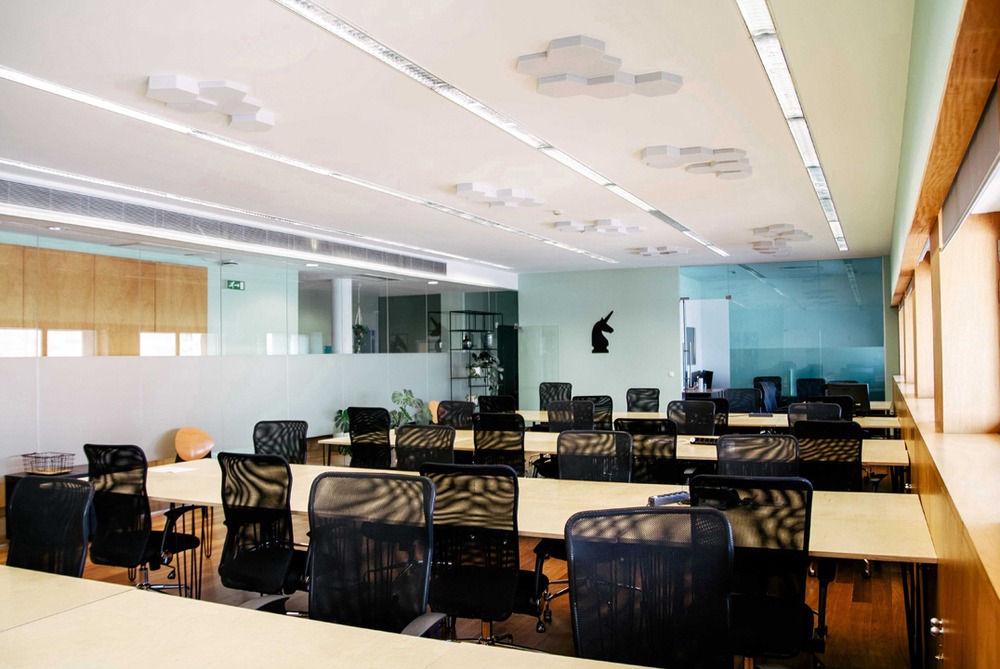 | Ref 45518 Located at the most prestigious avenue of Lisbon, in a historical cinema building at Praça dos Restauradores, only 10 minutes away from the river Tejo.... 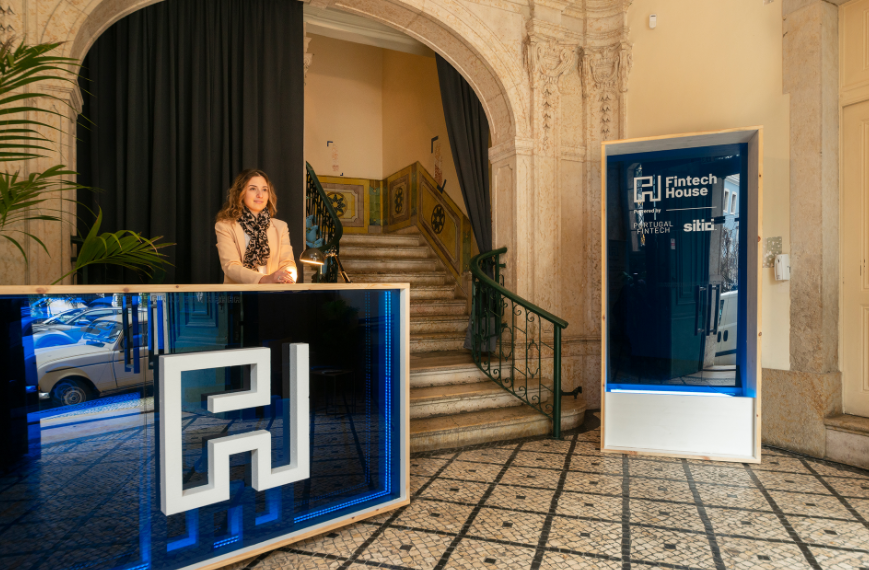 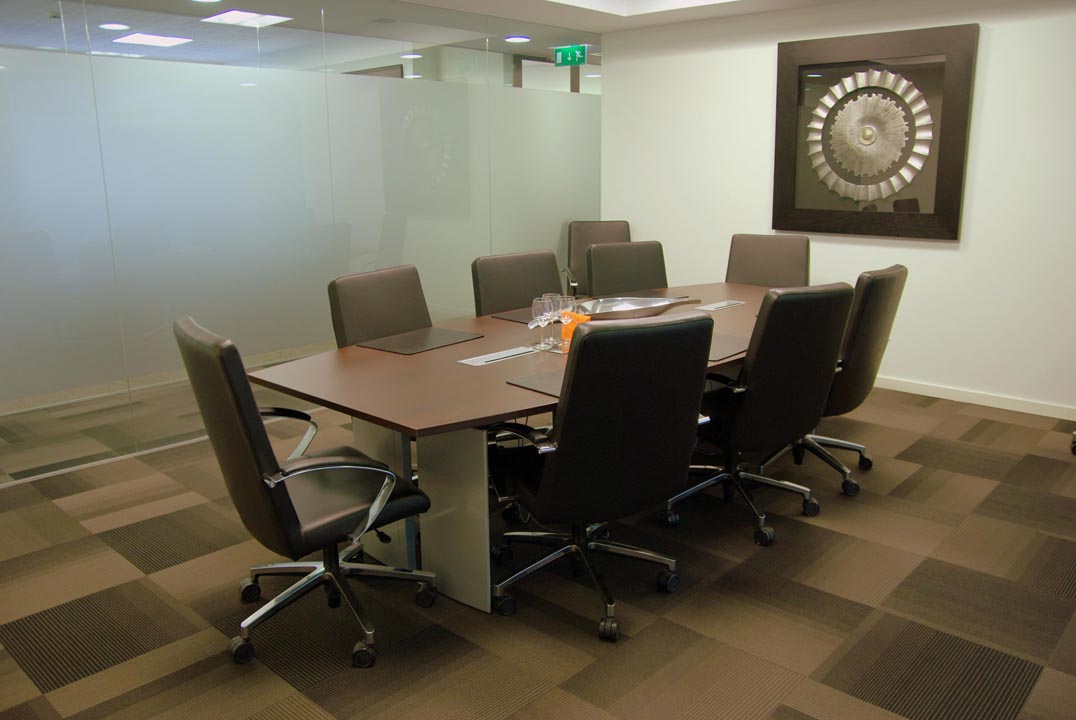 | Ref 27185 At this location, there are fully serviced and furnished offices with different dimensions and capacities available.All spaces have excellent natural light and are equipped with the most modern techno... 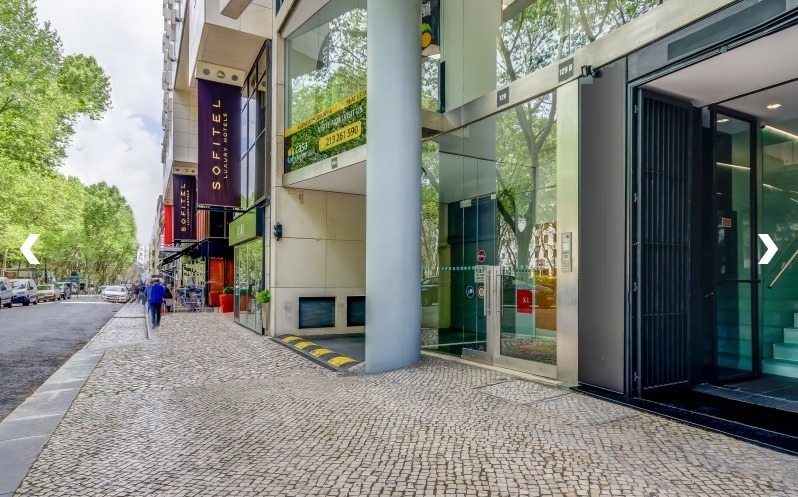 | Ref 20943 This smart, modern business centre is home to a range of office spaces in Lisbon, as well as a number of excellent features and facilities to help companies to grow and flourish from within it. The bu... 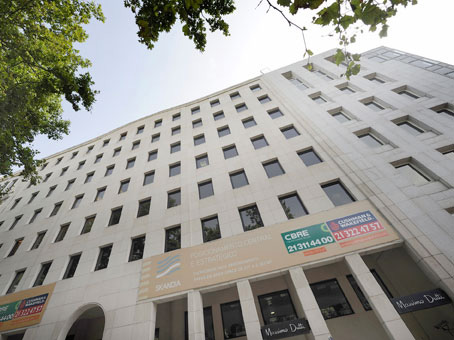 Lisbon is the capital of the country of Portugal. The city lies on the Atlantic Ocean and the Tagus River. It is the oldest in Western Europe and one of the oldest in the world. Lisbon enjoys a Mediterranean climate and has the warmest winters in Europe. The Belém Tower and Jerónimos Monastery are the city’s two UNESCO World Heritage sites. This is the largest city in Portugal and the 9th largest in the EU. The capital hosts the headquarters of the Community of Portuguese Language Countries and two of the agencies of the European Union: the European Maritime Safety Agency and European Monitoring Centre for Drugs and Drug Addiction.

Lisbon is the economic and political centre of Portugal. Major industries include oil extraction, finance, international trade, media and entertainment, arts, education, and tourism. Lisbon’s large seaport contributes to its stature as an important financial centre. The city is home to the Euronext Lisbon stock exchange. The capital also has the most developed mass media sector in Portugal. There are many places in Lisbon with serviced offices to let.

Lisbon offers a lot in terms of sightseeing and entertainment options. Have a picnic in Jardim Botanico, visit the city’s oldest district Alfama, stroll in the gardens of Calouste Gulbenkian Foundation, and sample the cultural activities at Centro Cultural de Belém and Culturgest. Most restaurants in Lisbon are small and comparatively inexpensive. They are often family run and serve their meals following Mediterranean siesta times. Try traditional Portuguese food in the area of Chiado or Bairro Alto, or pick a restaurant that plays the local domestic fado music. Tasting the Pastéis de Nata at the local Pastelarias is also a must.

Lisbon has its own airport, the Aeroporto da Portela, located just outside the city centre. Several options are available to get from the airport into the city proper: aerobus, metro red line, bus lines 22, 44, 83, 705, 745 or 208, and taxis. By train, the city is approachable through two main stations (Santa Apolónia and Gare do Oriente) as well as numerous smaller stops. The Portuguese train company is called Comboios de Portugal. Two international train services connect Lisbon with Spain and France (Lusitania and Sud Express). By car the city can be reached through six main highways and several bridges, the biggest of which is Vasco da Gama Bridge. You can take a boat to Lisbon and this doubles as an excellent sightseeing opportunity. Getting around the city by public transport is convenient, as Lisbon possesses an efficient public transport network including a refurbished four-line metro as well as its iconic tram network.