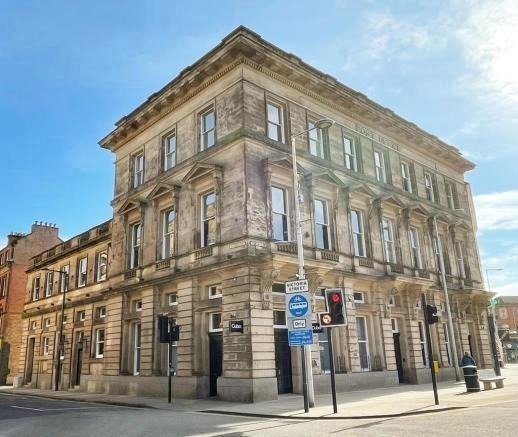 | Ref 46442 An impressive large and modern coworking space offering a fantastic environment to encourage you to work to the best of your ability. It is also a great place to impress clients!... 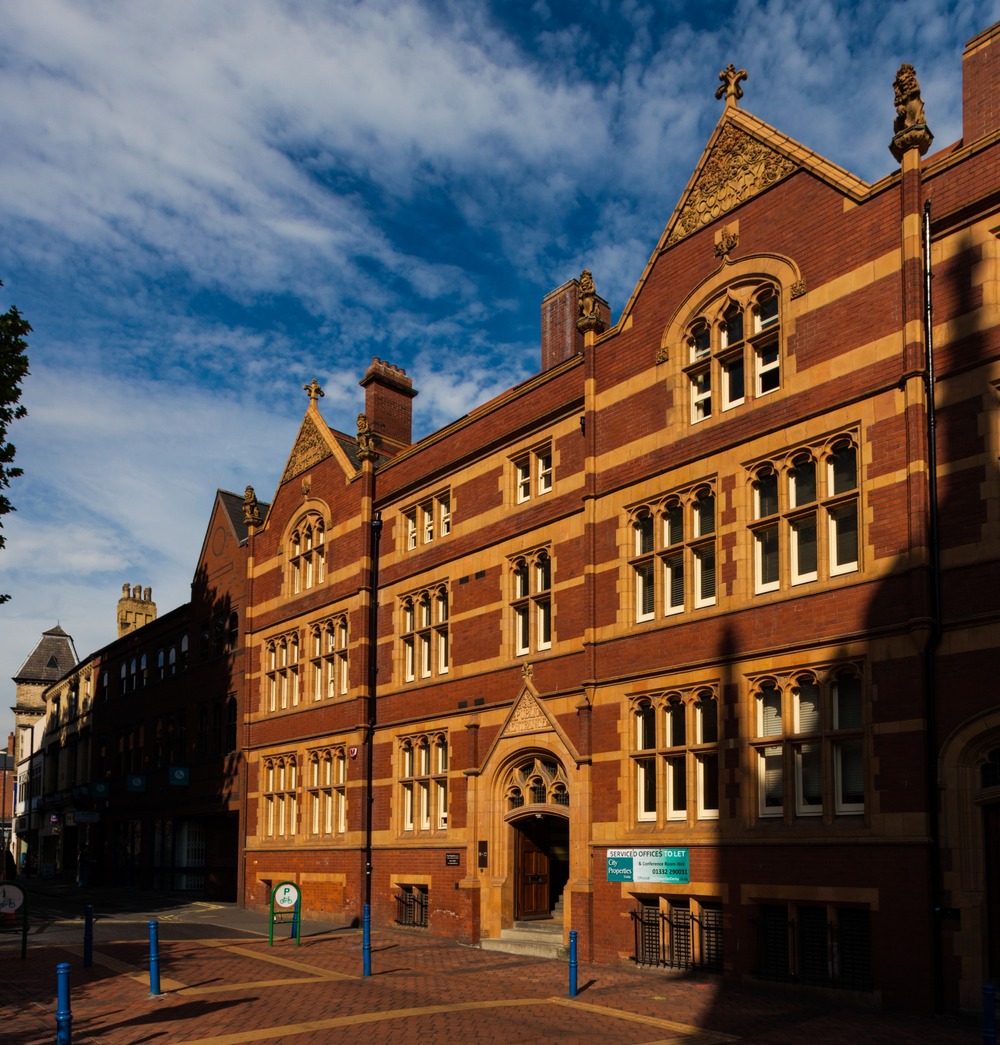 | Ref 5626 A beautiful, period property in Derby, with floor to ceiling bay windows and lots of natural light. The property is surrounded by an array of fantastic local shops, bars, restaurants, galleries and o... 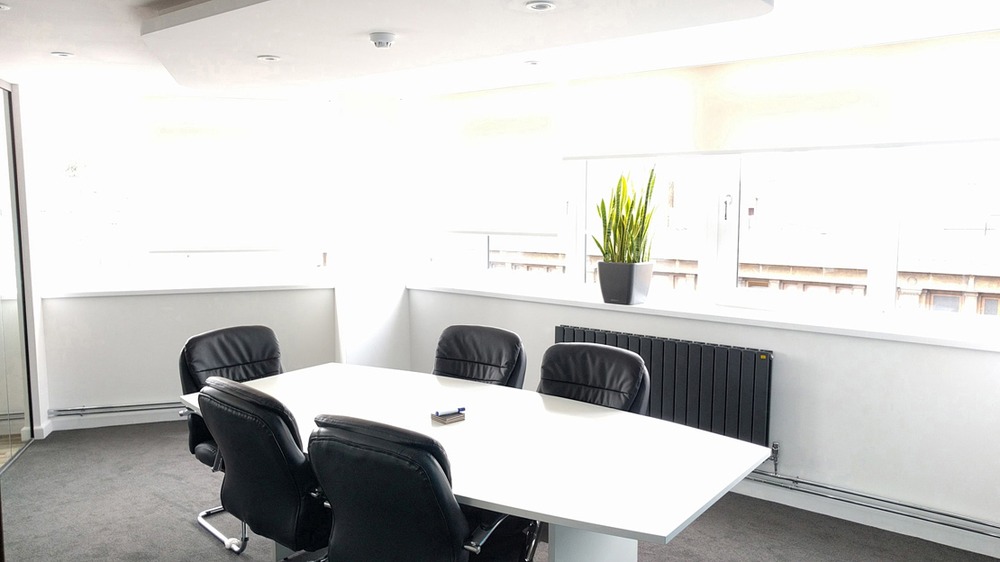 | Ref 42021 Aspire House is simply an amazing building. It is 25,000 sq ft and has four floors of bright, modern serviced office spaces above an established, ground floor retail. Fantastic Offices with modern IT/... 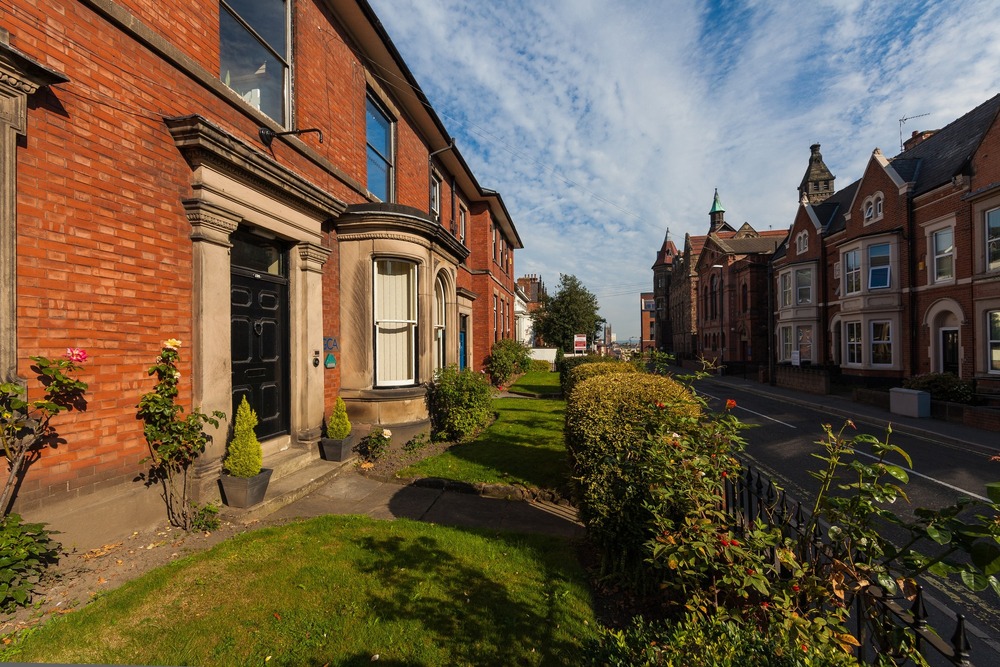 | Ref 5033 This period property is in the city of Derby with a car park to the the rear. An attractive frontage has gardens and roses leading to the front door. There is a full time reception to meet and greet y... 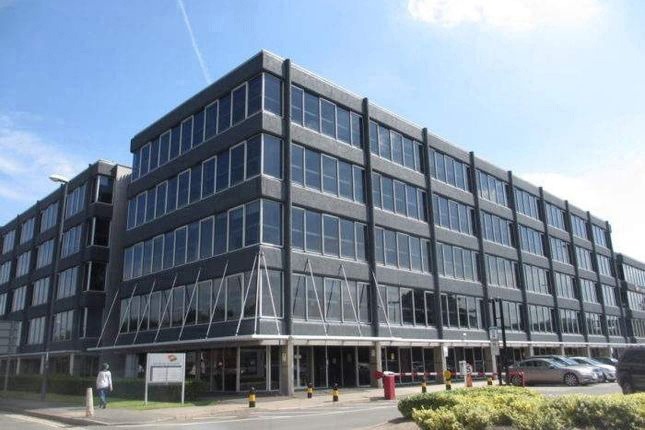 | Ref 25376 This Business Centre boasts superbly refurbished, contemporary accommodation with all of the quality facilities and amenities that would be expected from such a high profile building.We can provide yo... 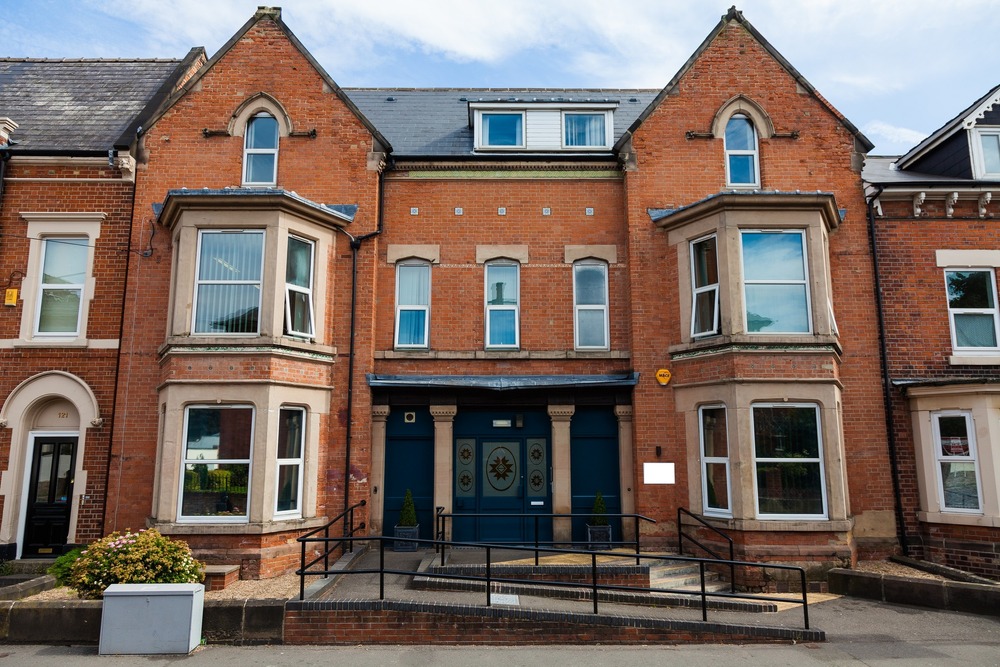 | Ref 15660 The business center is a 3 storey multi-occupancy house with the benefit onsite parking and a secure bike store. The building has a video entry system with fob control, the offices come with internet... 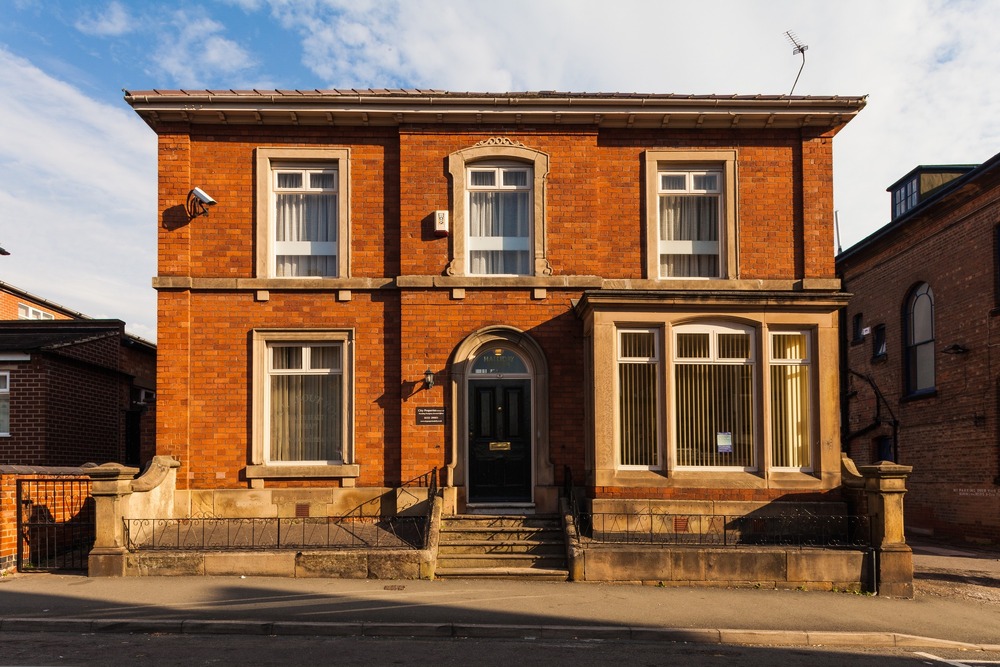 | Ref 15664 The business center is a moderately sized property which provides relaxed but professional offices. The front entrance has an intercom system for access for visitors.... 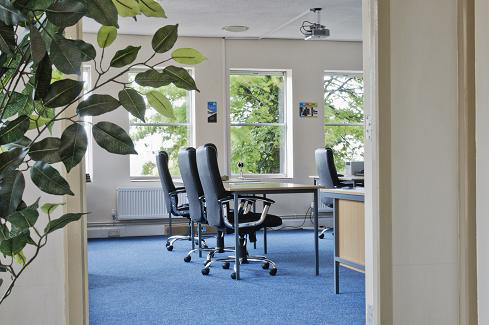 | Ref 13723 Serviced Office to Rent – Derby City Centre. DE1.Gorgeous Offices in period building in the heart of Derby’s professional quarter. Be part of an established business community with bars and restaurant... 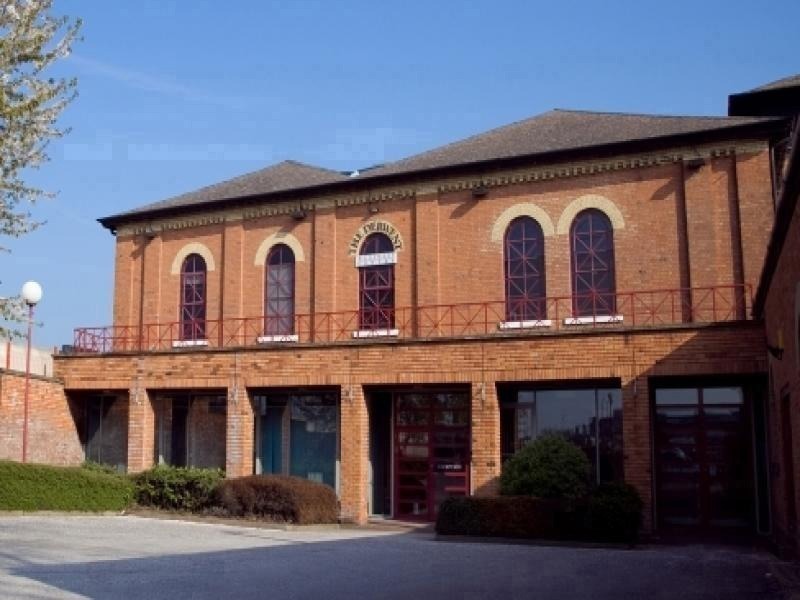 | Ref 46446 Derby’s largest serviced office facility at 46,000 sq-ft. Originally an old bonded warehouse, with lots of the old features visible throughout the building, boastful of charm and character making it v... 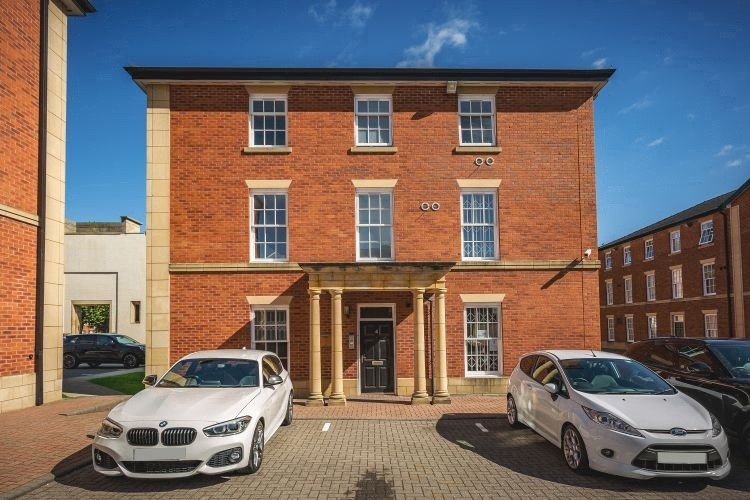 | Ref 47432 Vernon Gate is located just off Friar Gate, which is generally regarded as one of Derby's most important conservation areas and is in the heart of the City's main professional and business district.Th...

Derby is a city in the East Midlands area of England and a major economic and commercial centre for the region. The historic county town of Derbyshire, Derby has been a busy and bustling location for centuries, but its prominence grew enormously during the Industrial Revolution in the early 18th century. Derby, in fact, was home to Lombe’s Mill, a silk throwing facility famous as one of the world’s first ever functioning factories. The mill was built on an island in the River Derwent, which runs through the centre of Derby and helps make it a great place to visit and spend time. The city has a good number of open spaces and well-kept parks, many of which offer excellent vantage points from which to see the river and its surroundings. Among the most striking sights in Derby is its cathedral, whose 210-foot tower dates back to between 1510 and 1530. The areas around the imposing structure are known as the Cathedral Quarter, which is the primary central business and cultural district in the city.

The Cathedral Quarter in central Derby is home to a number of financial services companies, insurance brokers and accountants, as well as creative industry operators, many of which are based at Friar’s Gate. The city is well connected in terms of transport with cities like Nottingham, Birmingham and Manchester all within easy reach by rail or road. Major companies with significant bases in Derby include the aerospace giant Rolls-Royce and the multinational car maker Toyota. Other businesses headquartered in Derby or Derbyshire include the chocolatier Thorntons, the clothing retailer Sports Direct and the Derbyshire Building Society.

Things to do in Derby

Derby is a culturally rich and deeply historic city, which means there is no shortage of amazing sites worth visiting, not least the central cathedral, Darley Abbey or the Derby Arboretum. Other local landmarks and places of interest include the Derby Museum and Art Gallery, the Derby Industrial Museum and the Derby Canal. Sports fans may well be interested in a visit to Pride Park Stadium, home to local football team Derby County FC, or to the County Ground, home of Derbyshire County Cricket Club. For fine dining, try the appropriately named Opulence Restaurant or Restaurant Zest, both of which you’ll find in the Cathedral Quarter. Other great places to eat out in the city include Jack Rabbits, a luxury café and deli, and MoonSha, which serves genuinely excellent Japanese and Far Eastern cuisine. Meanwhile, for vibrant bars in central Derby, try Revolucion De Cuba or Nono8.