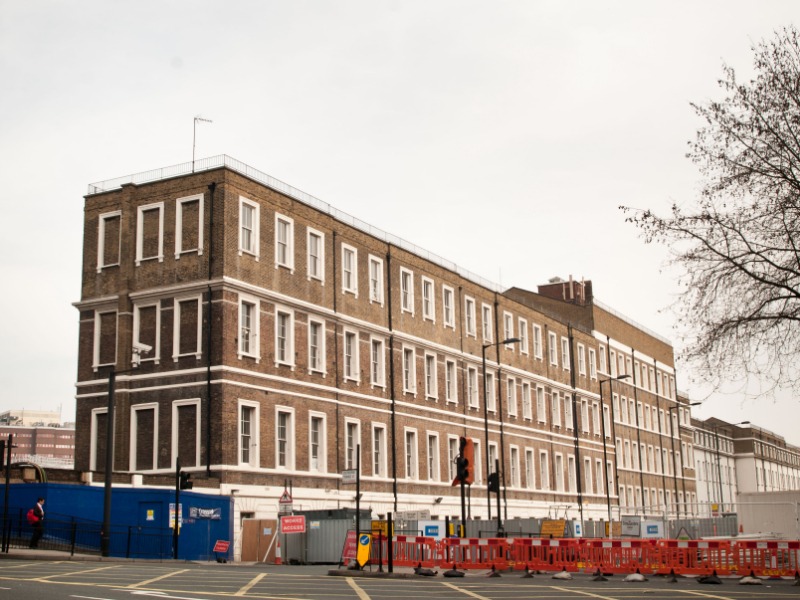 | Ref 14260 Part of a Joint Venture with Network Rail, this flexible workspace is within Paddington Station itself. The main entrance is located on Eastbourne Terrace but there is a second entrance directly from ... 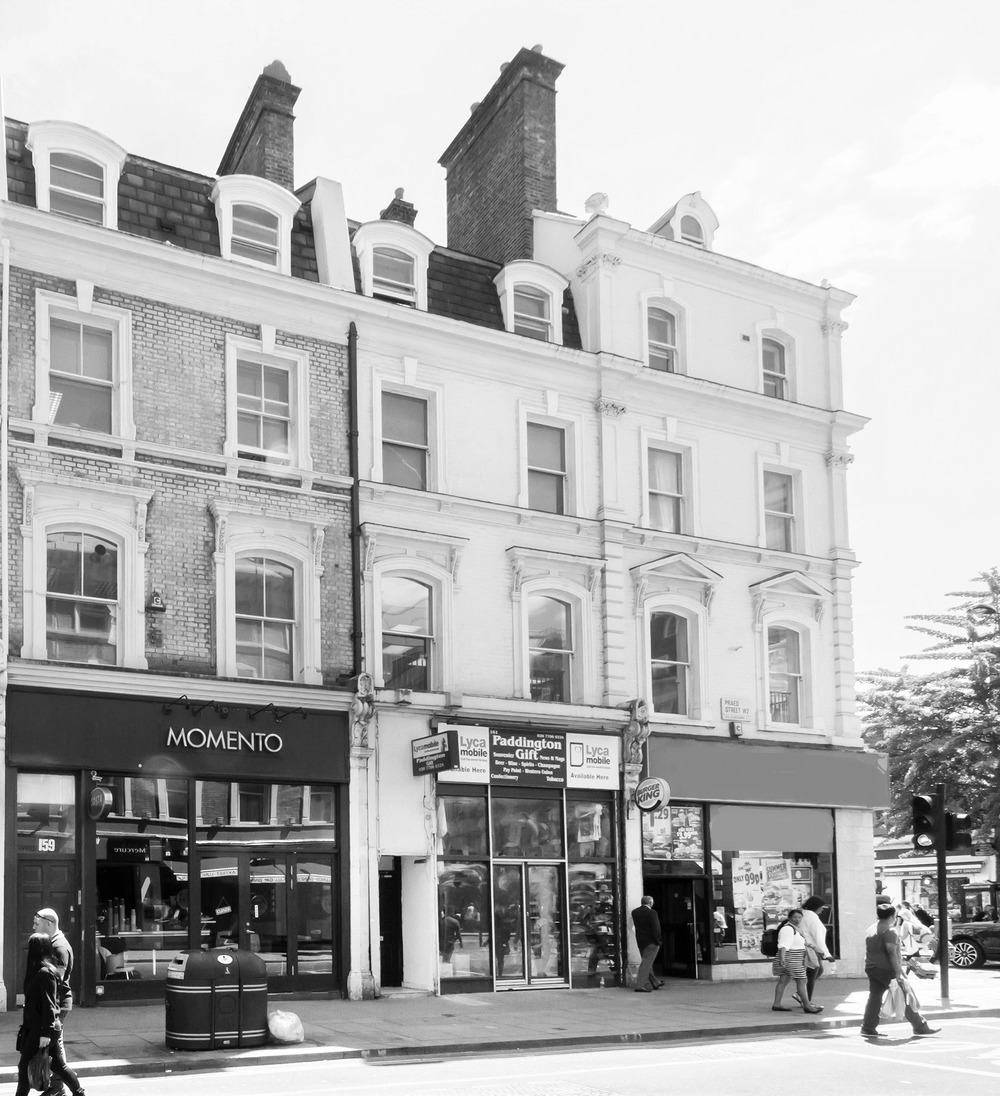 | Ref 15068 Boasting a desirable location in London's Paddington, as well as a range of serviced offices and meeting rooms, this period office building is a wonderful choice for businesses looking to settle in th... 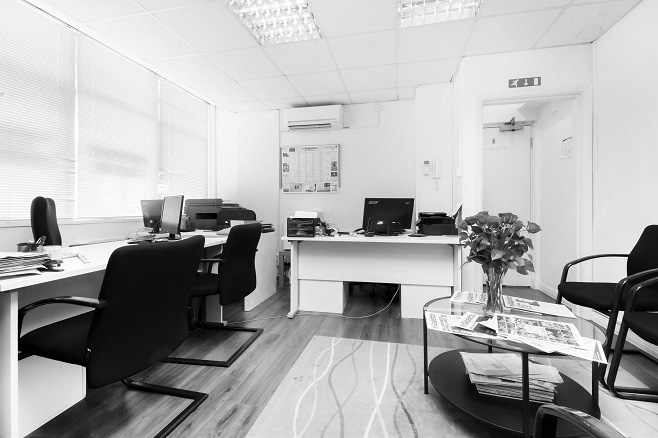 | Ref 12992 A conveniently located business centre with quick access to inter-city and National Rail services; this office space on London’s Praed Street is one of few in the capital to boast on-site parking. Th...

| Ref 46611 London Mews is a super location, well-known as a quiet enclave off the thriving London Street in Paddington. This unique and rare mews location is approximately 50 meters from Paddington Underground S... 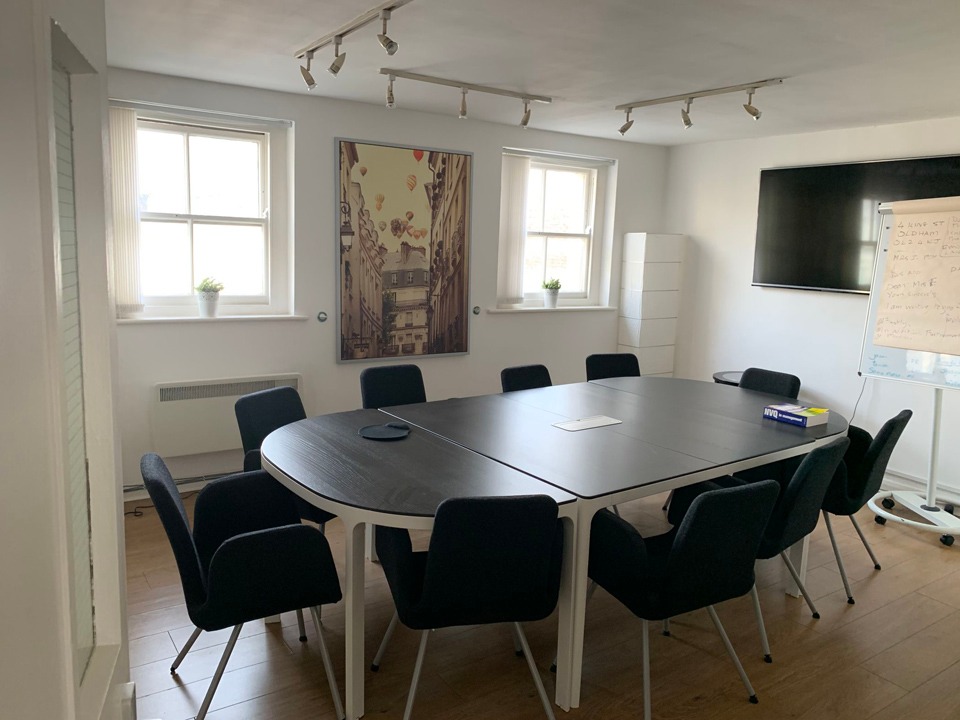 | Ref 30290 Our offices to rent at Spring Street, Paddington are next to Paddington train station and provide six private spaces set over the top floor of a converted period townhouse. Plenty of natural light pou... 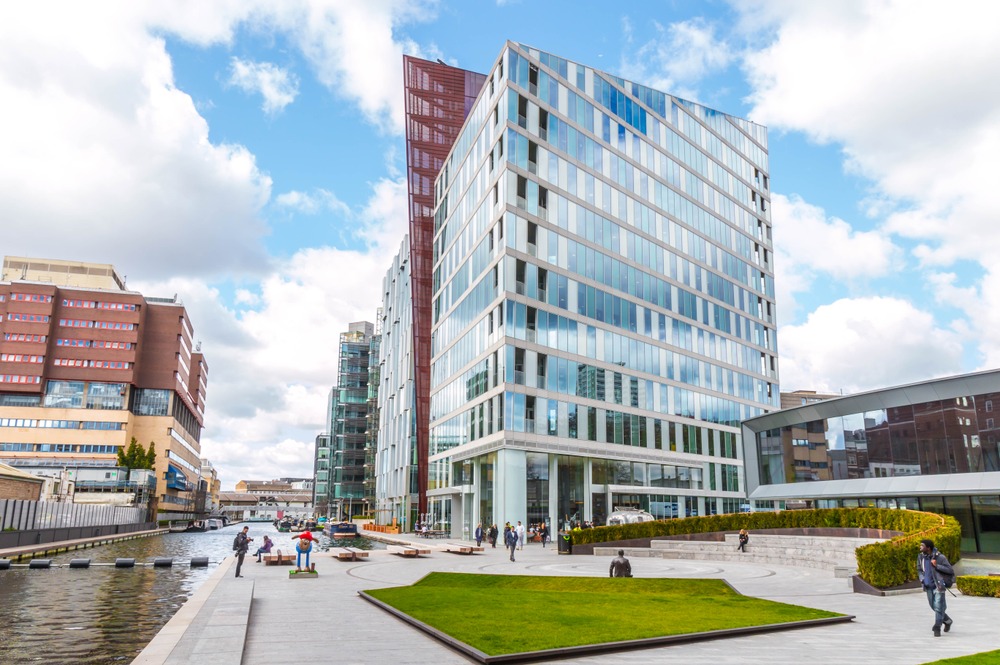 | Ref 21132 This is a stunning business centre offering serviced offices in the heart of Paddington. You’ll enjoy some of the best views London has to offer stretching out over the West End, North London and righ... 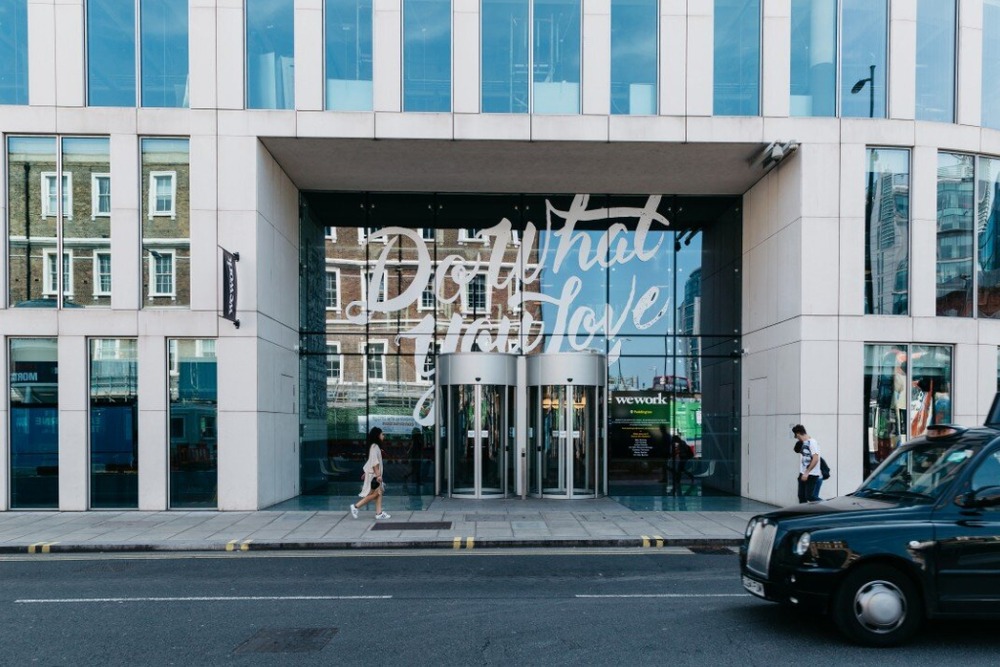 | Ref 20871 Attractive offices are available to let in Paddington. The space offers a convenient place to work in the city, close to excellent transport links and amenities. This office building is comprised of s... 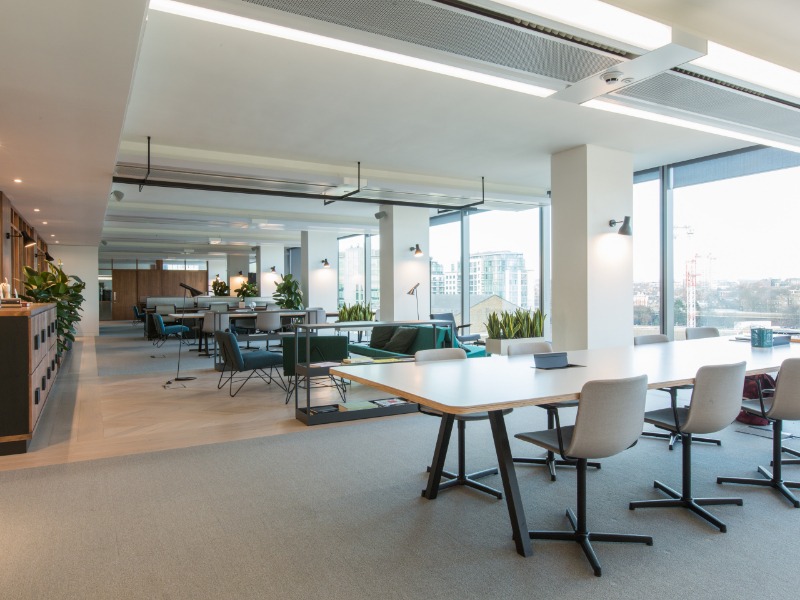 | Ref 21345 A perfect complement to the Grade-1 listed station next door, number 20 is big on style and features. The 1960s heavy concrete officeblock has been stripped back and refreshed to create a light and ro... 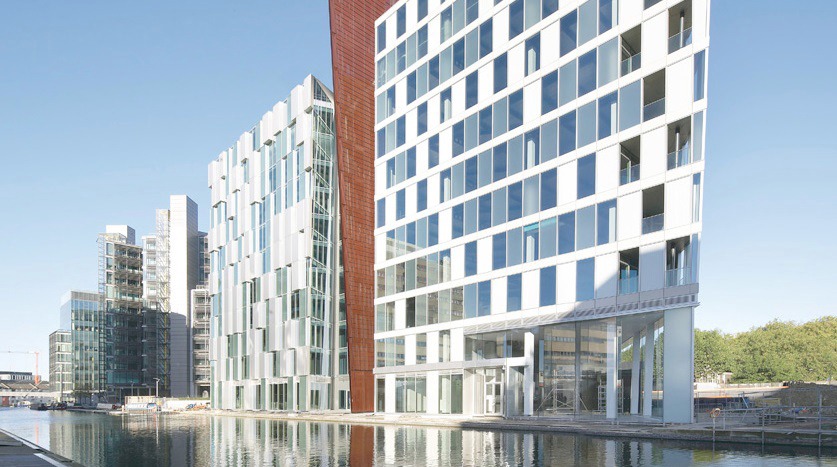 | Ref 27005 Our coworking space at Merchant Square puts you in the heart of Paddington's vibrant professional community. We’ve transformed 6 entire floors in this modern building to offer sweeping common areas, ... 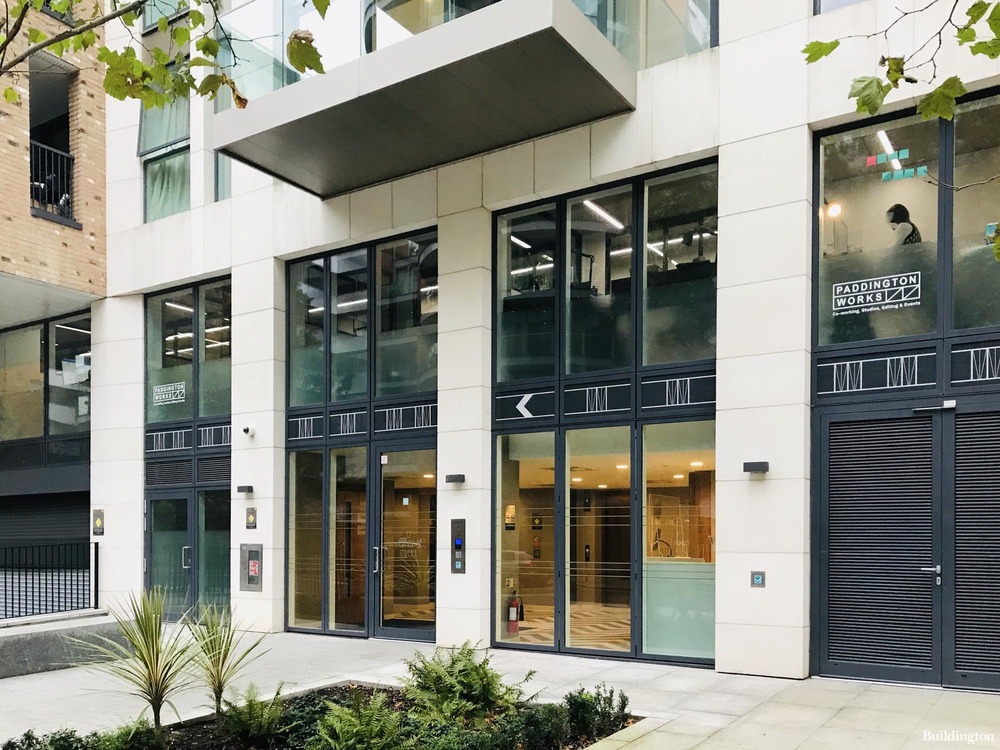 | Ref 53115 Our studios offer electronic smart desks that allow you to stand or sit with integrated wireless mobile charging, cable management and a soft-touch surface. There is concealed ambient illumination and...

Are you interested in office space in Paddington? You’re not alone.

Many Londoners may know it as a historic transport hub, however, Paddington has been reinvented in recent times as a great option for business owners wishing to establish their business. Apart from the station, it has become a hidden gem of wonderful canals, quaint green spaces, bespoke office spaces, cosmopolitan eateries and a duffle coat-wearing bear.

Paddington is famed for its grand railway station, with its strong transport links making it a busy thoroughfare. However, it wasn’t until the late 1990s – with the arrival of the Heathrow Express and waterway regeneration projects – that it evolved to become the thriving area it is today.

With many new property developments springing up here in the last few years, Paddington is fast becoming a popular location for setting up a business. Swanky flats now surround Paddington Basin, while business booms up in glass towers that house the likes of EE and AstraZeneca.

What arguably defines Paddington is the diversity of wealth, which is apparent through the contrasting properties and architecture that surrounds the area. Just a short stroll away you can immerse yourself in modest parts around the train station before stumbling upon the grand millionaire mansions that line Hyde Park.

Within a 10-minute walk of Paddington Station, the cultural hotspot of Hyde Park makes Paddington an alluring prospect for many business owners. What better place to take your lunch break than in the Grade-I listed park? And why not take your Christmas party outdoors to the famous Winter Wonderland?

The wide array of price ranges and benefits on offer means that office space to rent in Paddington is in high demand with business owners.

This area of West London is famed for its green spaces. As well as being near to Hyde Park, it is also located conveniently between two Royal Parks – the West End and Notting Hill.

Going back further into history, Paddington became famous for St Mary’s Hospital, founded in 1845. This historic NHS hospital is well known within the world of medicine for being the location where Nobel Prize winner Sir Alexander Fleming discovered penicillin. You could also be in royal company should you ever need to attend this hospital, as it is the place where the likes of Prince Harry, Prince George, Prince William and Princess Charlotte were born.

Paddington Basin has undergone a refurbishment project which has brought with it a wide array of new restaurants and eateries behind Isambard Kingdom Brunel’s station. Those in search of a fine dining experience with luxurious canal views should check out The Summerhouse and its sister restaurant The Waterway.

If you’re after a more casual affair, then you should be sure to get a drink at the Bridge House pub on the canal, which hosts a well-renowned comedy show in the upstairs venue. If you’re just looking to grab a bite to eat, then you can always go and see what takes your fancy at the fortnightly street food market Kerb. Connaught Village has a number of cafés and boutiques for those who fancy a catch up over a coffee. Edgware Road also has a range of Middle Eastern restaurants and shisha bars to choose from.