| Ref 17556 Serviced offices in London occupy these Georgian buildings in a prime central location. The building is ideally situated on the south-east side of Russell Square, offering excellent local transport li... 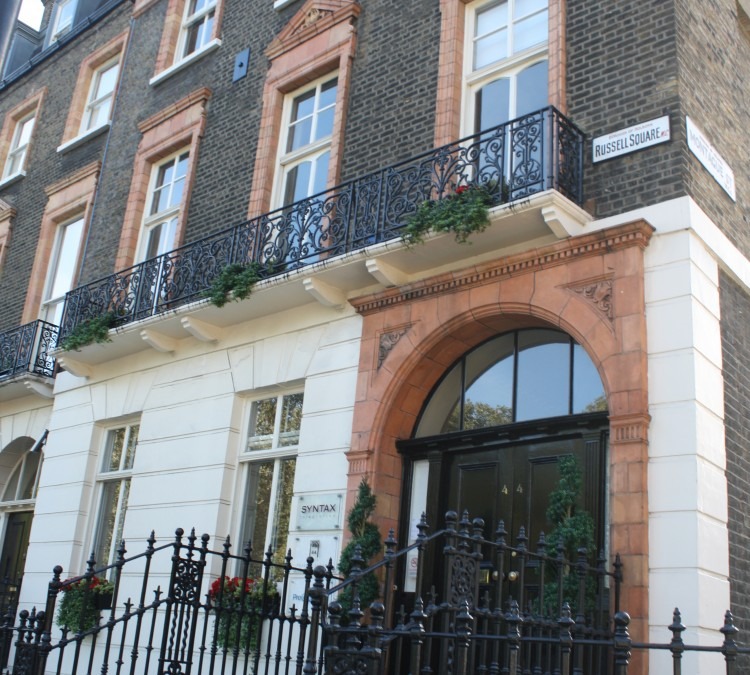 | Ref 21031 Our Russell Square building is in beautiful Bloomsbury in the Borough of Camden, and its name originated from the Earls and Dukes of Bedford. The square was created when the 5th Duke (Francis Russell)... 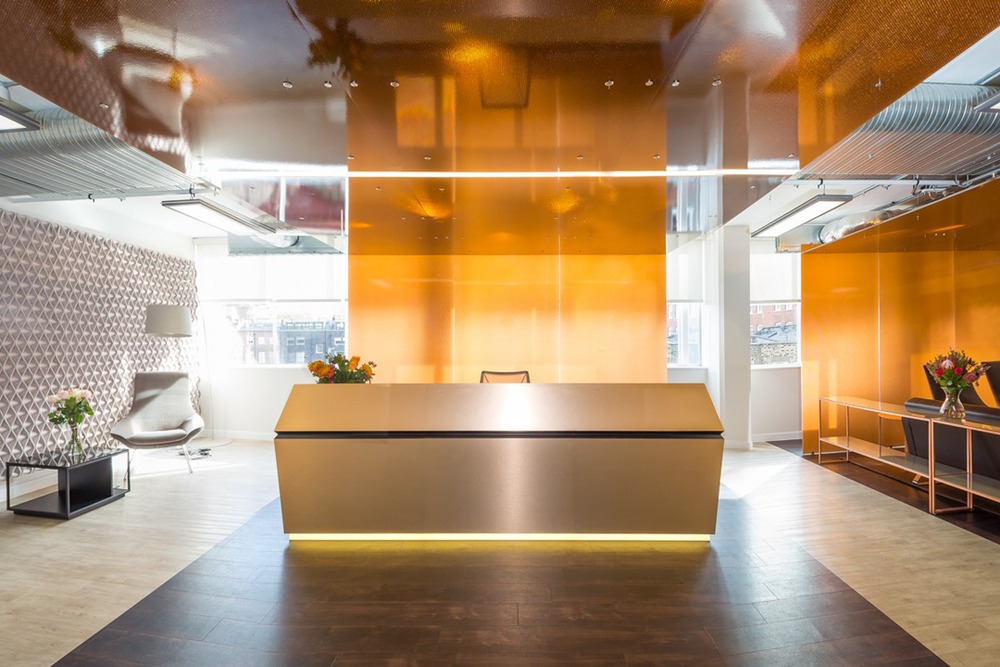 | Ref 26866 How does a beautiful private office in place-to-be Holborn sound? Reimagine yourself in an inviting, positive setting that will inspire new thinking and help you build your business’s identity – all a... 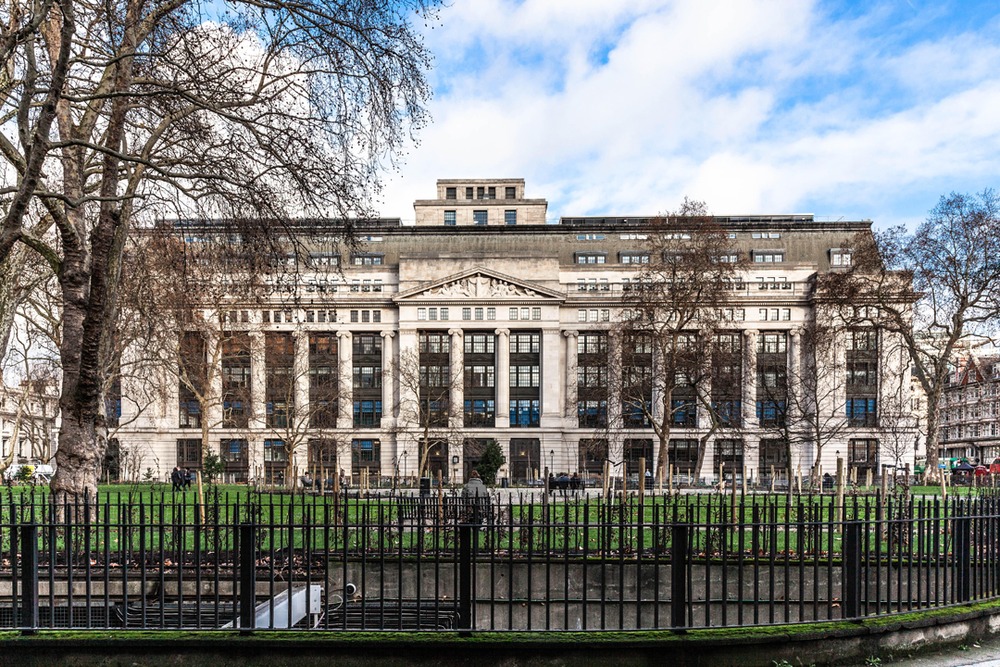 | Ref 29093 Ideal for businesses of all sizes and requirements, this Grade II listed building in Holborn provides a range of office spaces, from hot desks to dedicated office spaces, as well as meeting rooms and ... 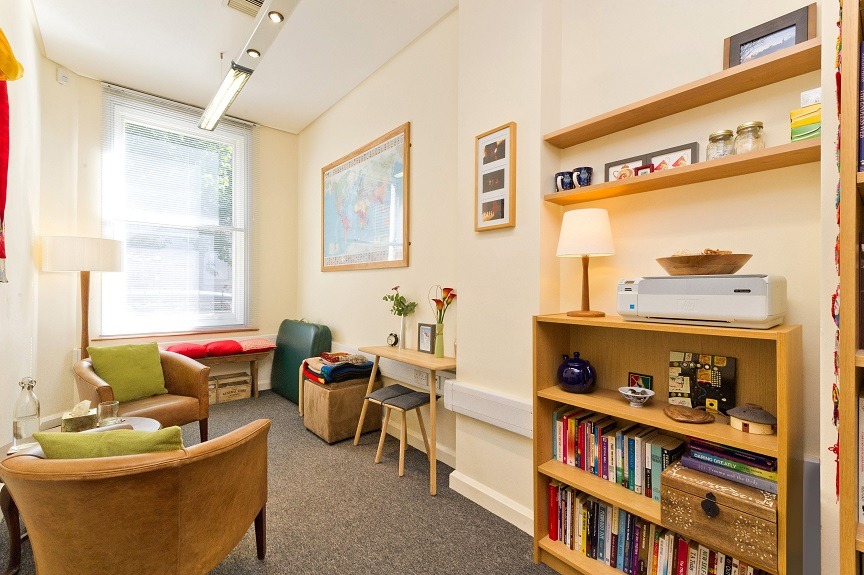 | Ref 2430 Situated in Goodge Street, this gorgeous office building provides a range of offices and coworking spaces, so that businesses of all sizes can find and afford the right space for them. Meeting rooms c... 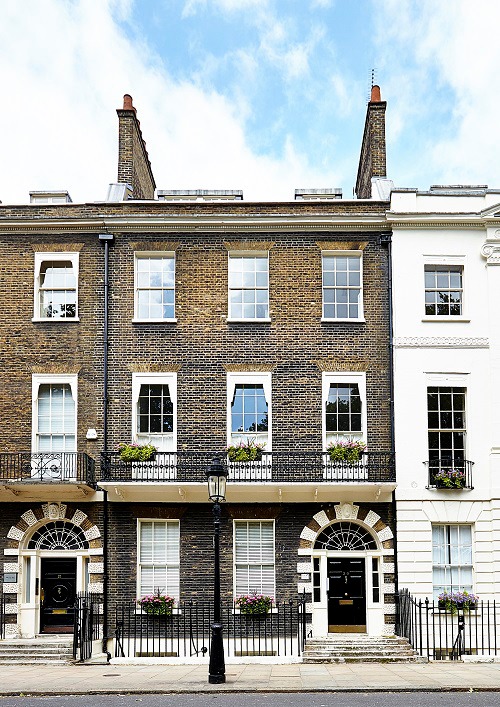 | Ref 13547 A sophisticated business centre within a charming Georgian exterior, this office space in London’s Bedford Square incorporates a versatile cellular office structure with a host of period features incl... 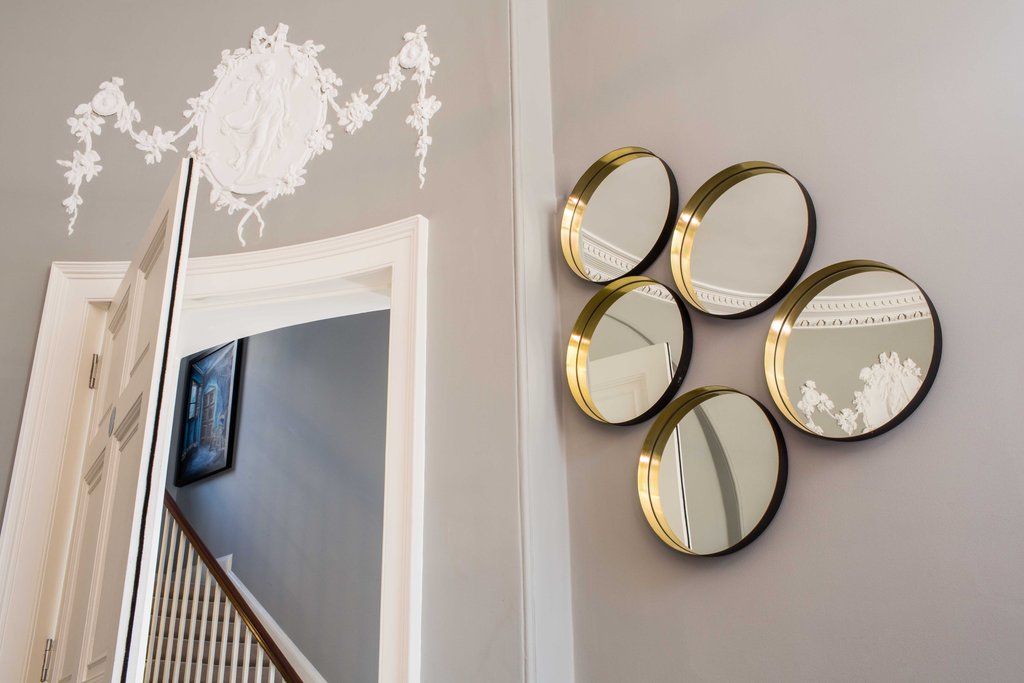 | Ref 18613 Situated in a popular London location, close to excellent public transport links and amenities, these serviced offices in Bloomsbury are ideal for any growing business, and companies looking to make t... 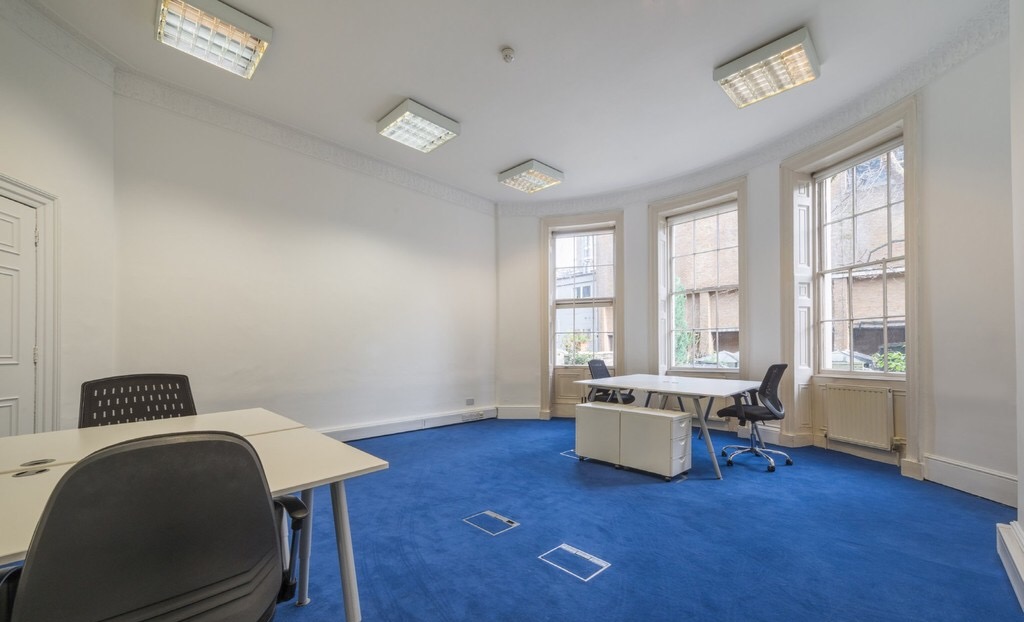 | Ref 23367 With a beautifully maintained Georgian exterior and original features, this boutique, family run serviced business centre in the heart of Bloomsbury has a variety of suites available to rent now. The ... 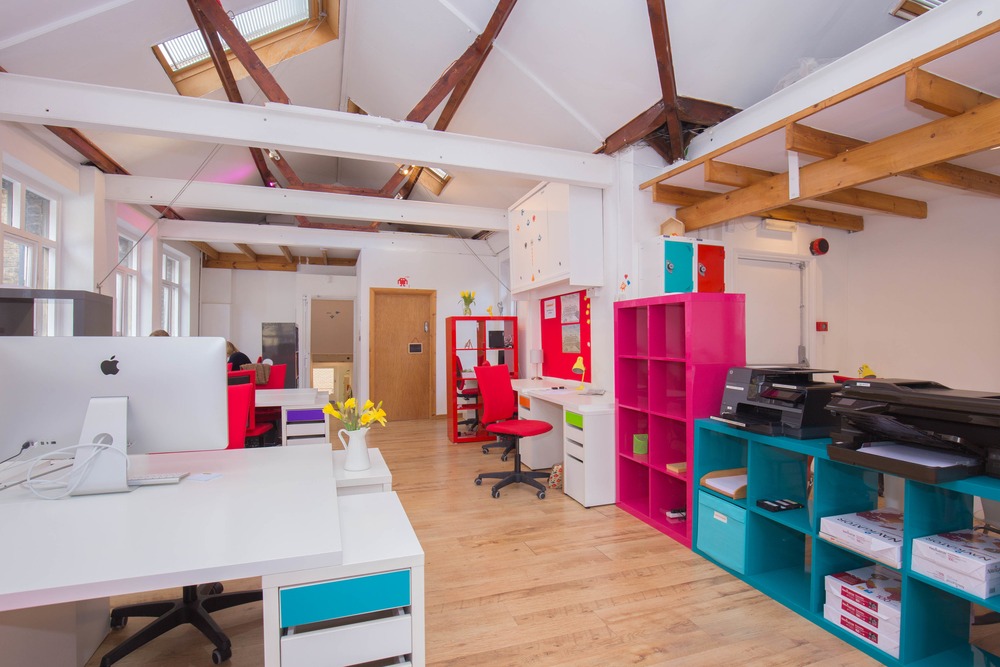 | Ref 25402 Don't miss this opportunity to rent this fantastic creative office space as part of the friendly coworking community. A beautiful Grade II listed building situated in Bloomsbury, London just by the Br... 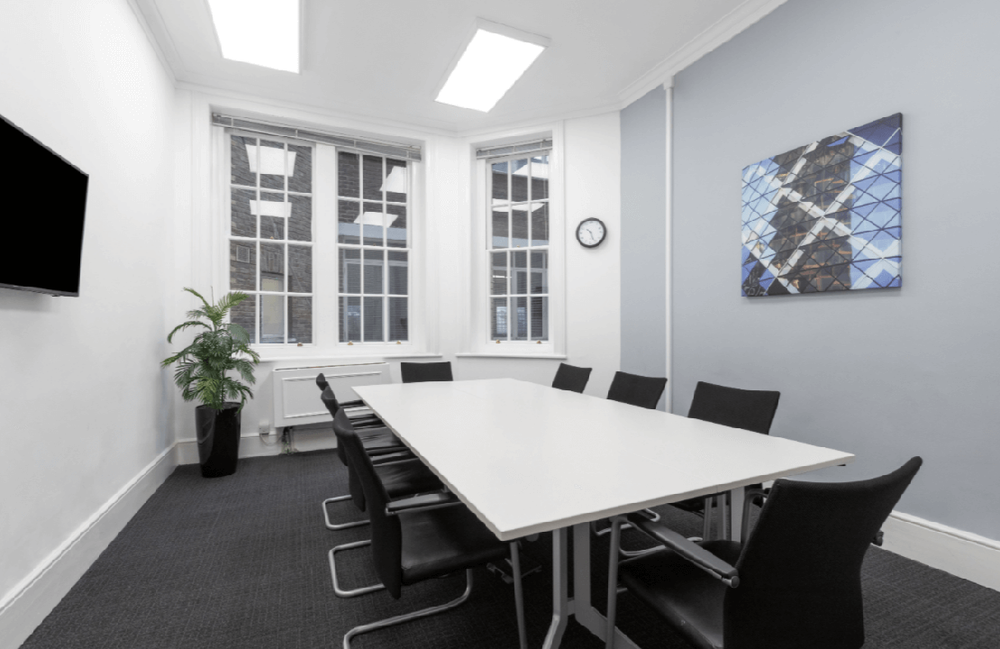 | Ref 11092 A charming Victorian property with an attractive red brick exterior and stonework bay windows, this office space in Bloomsbury Square offers views over the manicured garden at the centre of the green ...

Bloomsbury forms part of the London Borough of Camden and is known as London’s foremost literary and publishing heartland, and for its numerous public squares and private gardens. Sitting between Euston Road to the north and Oxford Street to the south, Bloomsbury is a relatively quiet part of Central London that is home to most of the University of London, as well as the British Museum and the Royal Academy of Dramatic Art. Bloomsbury has long been a fashionable and desirable residential area with some of the world’s most famous artistic and literary figures having lived and worked nearby over the past few centuries. The area, as it appears today, was first developed during the 17th and 18th centuries by the Russell Family, who gave their name to the largest public park in the area.

Bloomsbury is renowned primarily as being home to publishing giants like Bloomsbury and Faber & Faber, as well as for its association with university education. However, there are a growing number of new media and technology companies operating in the area. Transport links could hardly be better than they are in Bloomsbury, being so close to Euston, King’s Cross and St Pancras train stations, as well as a good number of Tube stations and major road routes in and out of London. From an employer’s perspective, Bloomsbury benefits from its smattering of public parks, which are always great places for busy professionals to unwind or de-stress during lunch breaks. There are also dozens of cafes and coffee shops to choose from, amongst buildings of huge historic and cultural significance.

A typical office in Russell Square

Things to do in Russell Square

An obvious highlight of Bloomsbury is the British Museum, which has an array of exhibitions on at any time of year and is one of the preeminent cultural attractions in London. Russell Square, meanwhile, is a very pleasant and sizeable park that takes you away from the hustle and bustle of busy central London. Bloomsbury is also a great place to simply wander around because the architecture of the area is so impressive – look out for the blue plaques on buildings explaining their historic or cultural significance. Some of the most popular dining experiences in the vicinity of Bloomsbury include Cigala, a Spanish favourite, and Hakkasan, a Michelin starred Chinese restaurant on Hanway Place. For a cupcake and a cup of tea meanwhile you should try Bea’s of Bloomsbury on Theobald’s Road.