Office Space for Rent in Varna 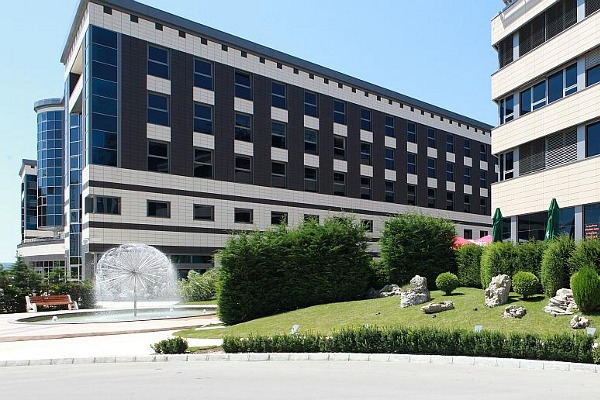 | Ref 11294 This Business Centre is the first of a kind complex consisting of multifunctional office buildings with unique design and quality, excellent infrastructure, parking lots and green areas corresponding ...

Varna is the largest city and seaside resort on the Bulgaria’s Black Sea coast. It is the third-largest city in Bulgaria, after Sofia and Plovdiv. In addition to its long stretch of beach, lined by the attractive Seaside Park, its historic ruins are major attractions. Here you will find the second largest church in the country, the glorious Church of the Assumption. Its stained-glass windows and walnut wood-carvings provide an amazingly tranquil ambience. Surrounded by the past, much of Varna’s appeal lies very much in the present, with something of a nationwide reputation as a shopper’s heaven. Its boutiques and jewelry stores shouldn’t be missed.

Major industries in Varna include transportation companies such as Navibulgar, Port of Varna and the Varna International Airport. Distribution companies like Logistics Park Varna, operate out of the harbour. Shipbuilding, ship repair, and other marine industries all hold great importance here. Navibulgar is a Bulgarian shipping company, the largest in the country, with an impressive fleet of vessels, tankers, and more. Prista Oil in Varna produces Texaco and Valvoline brand motor oils. Office space is found throughout the city.

Don’t miss spending time at Varna’s beach, with its soft white sand gently sloping into the sea it is great for swimming. The city’s beaches are more for gentle relaxation and sunbathing, rather than exuberant sports, although there may be some surfing when the wind is up, especially towards the southern end. Halfway up the beach there is usually a volleyball net set up and there is a waterslide, which is popular with children. Beyond the beach you can visit the vast Archaeological Museum. This is Bulgaria’s finest museum, with incredible treasures spanning the Stone Age, Thracian, Classical, and Mediaeval periods. In the city centre you will find the well-preserved Roman Thermae. Dating back to the second century AD, the clearly labeled baths are cold, tepid, or hot.For a great place to eat visit Godzila an eatery renowned for its great salads and pizzas. There are two locations in the city and one has a summer garden for outside dinning.

Varna is accessible by air via the Varna International Airport. You can also enter through the Port of Varna cruise terminal, or the central railway station. You can also drive to Varna easily as major roads through the area include European routes E70 to Bucharest and E87 to Istanbul and Constanta. The public transit system is extensive and reasonably priced, with local and express buses, trolleybuses, and fixed-route minibus lines. There is also a large fleet of taxicabs in the city.