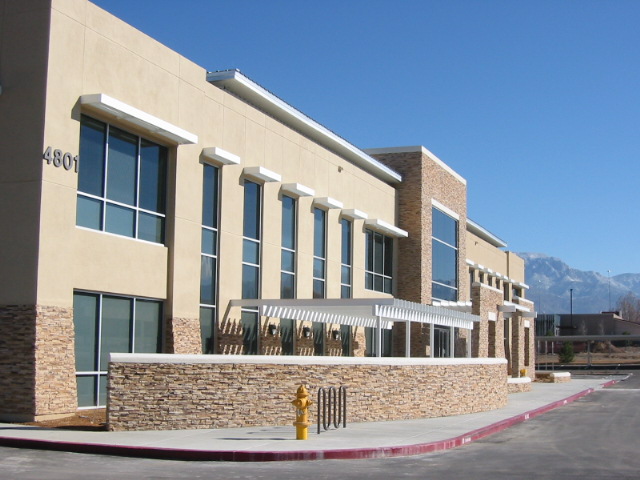 Located in the prestigious Journal Center area of Albuquerque, at the northern crossroads of I-25 and Paseo del Norte, this traditional building is the ideal location for any growing business. Flexibl... 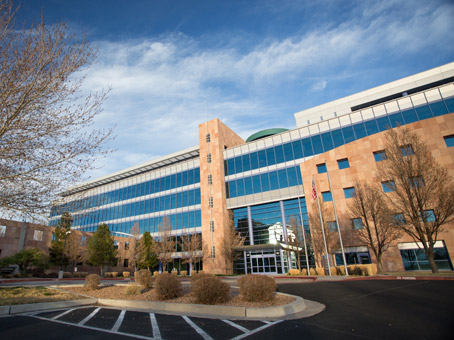 This elegant six storey building comprises office space in a popular area of New Mexico, in the southwest United States. The building is set into a well designed business park, which offers an attract... 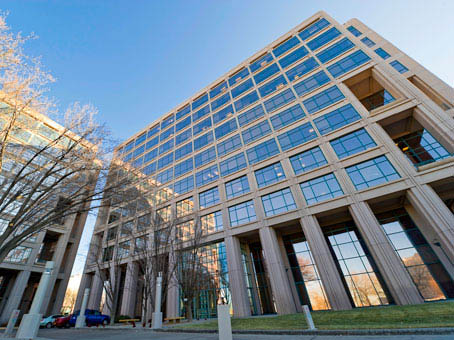 This office suite is situated within the prestigious Two Park Square Business Center in the heart of uptown Albuquerque. This modern building comprises glass panel windows throughout, and a contempora... 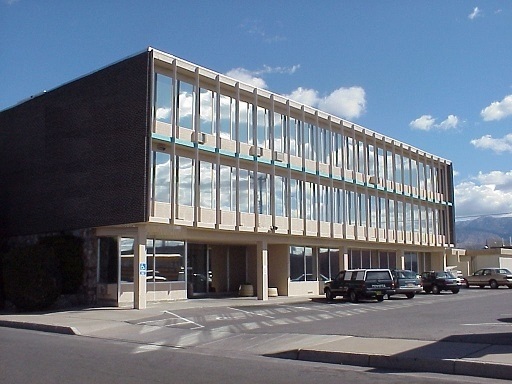 Centrally located in downtown Albuquerque on Madeira Drive, this center provides a good mix of modern and traditional office suites. These suites are suitable for both start-up companies and establish... 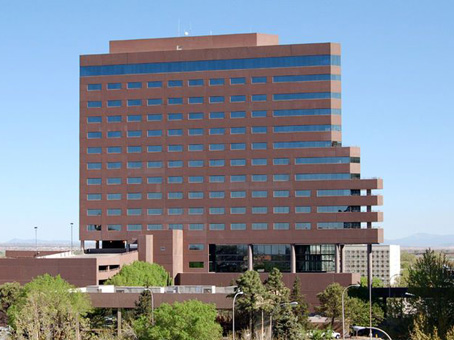 This class A business center comprises executive suites in New Mexico. The building is situated in Downtown Albuquerque, and is prominent landmark on the Albuquerque skyline, making a great first impr... 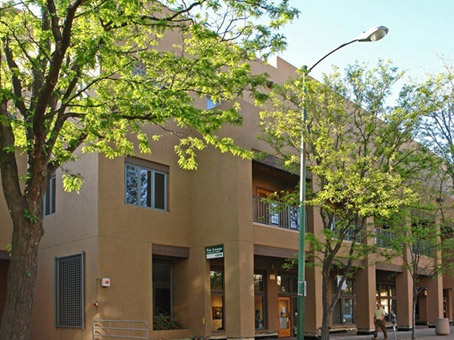 In the heart of the city, our Santa Fe Washington Avenue business lounge gives you a presence that’s close to a dynamic, thriving corporate community. And while you’ll find companies from banking, ins...

The state of New Mexico is located in the south-western region of the United States of America. It is bordered by Oklahoma, Texas, and the country of Mexico. The state capital of New Mexico is Santa Fe. In its northwestern corner New Mexico, Colorado, Arizona, and Utah meet at right angles, forming the Four Corners region. Adding Nevada to these four states creates the ‘grand circle’, an area of the U.S. known for the largest concentration in the country of national parks, monuments, and scenic byways.

New Mexico is a popular tourist destination due to its historic monuments and national parks, including Carlsbad Caverns, White Sands, Shiprock in Navajo country, and the striking cliff dwellings and Pueblo settlements at Bandelier National Monument. Other attractions include Santa Fe, Acoma Pueblo, the Taos Art Colony, and Taos Ski Valley. New Mexico offers a distinctive regional cuisine that is characterized by the use of Chili peppers. New Mexico chilies aren’t as hot as many other types of peppers. Area specialties include tortillas, and the Native American sopaipilla, a light, puffy fry bread that is often served with honey and butter as a desert, or as an entree with meat, cheese and beans.

Albuquerque is the state’s principle airport, Santa Fe and other minor cities such as Carlsbad, Farmington, Roswell, and Hobbs, have commuter air service. If you are visiting the south-western region of the state you may want to fly into El Paso, Texas. Interstate Highways 25 and 40 cross New Mexico and meet in the middle of the state in Albuquerque. Greyhound buses are a way of getting from city to city if you do not own a private vehicle.